Anyone who follows me on Twitter, Facebook or Myspace knows (thanks to my status updates/Tweets) that I rarely cook. I'm always in a hurry and make eating as fast an experience as possible. Which usually involves a drive thru and fast food.

My friend Michael Lopez, who manages the Oregano's in Tucson on Speedway Blvd., has been suggesting (ok, pressuring) that I try it. I've driven past Oregano's hundreds of times and have never gone in. I gave it a shot tonight and brought Anth along.

Michael made sure I'd eaten someplace where a fork was in use (ok, I eat stuff on a bun a lot but I'm not THAT big of a loser) and we got dinner underway.

I knew that they were expecting me at Oregano's because this sign was outside with my name on it: Oregano's has the largest menu I have ever seen. I am not referring to the number of menu items as much as the sheer size of the thing. The food sounded amazing on the menu. Then, I knew there was no way to go wrong because you can order 14 big ones for $8.49. I forgot to look and see big what. I just knew I could get a lot of big ones. I asked Michael in honor of my first visit if he could make something that wasn't on the menu. Besides the 14 Big Ones. He brought out an appetizer in honor of my inaugural visit that was awesome. 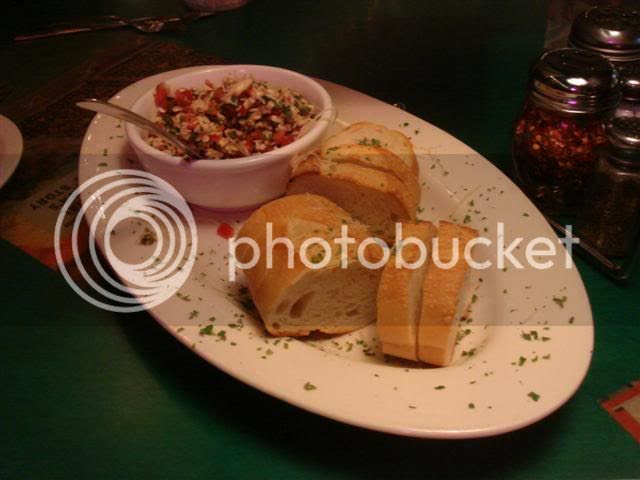 He then suggested one of their signature drinks. Something called a Bolino. 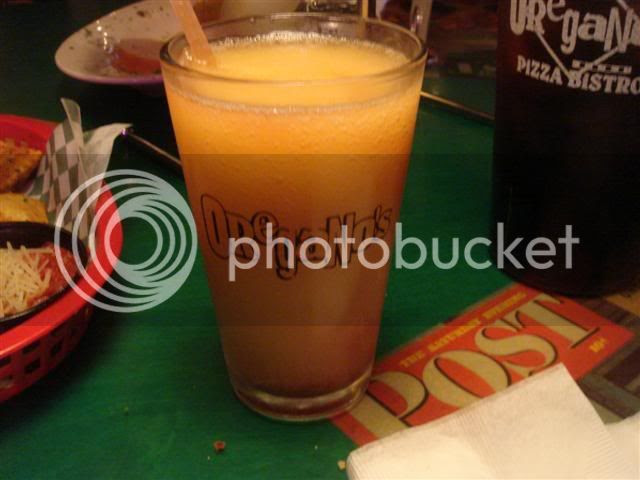 Next we moved on to an appetizer actually on the menu. Toasted Ravioli. I offered to open the Chef Boyardee can like I would at home and discovered they make them at the restaurant by hand. Magical. Delicious. And a little spicy. Just like me! Holla! Next up was an absolutely amazing pizza called "El Picasso". Michael suggested deep dish and the suggestion was awesome. Anth's quote: "Damn, that was a fine pie." Next Michael brought a sample of some of the pastas they serve. Ziti, Big Rig, and Fettucine Alfredo. They were all amazing. 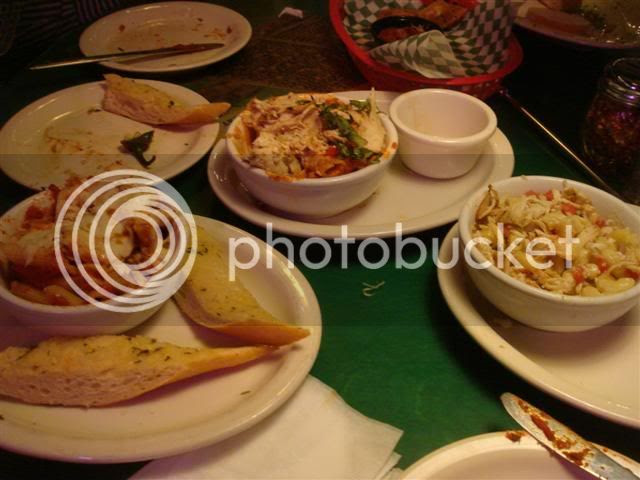 Dessert! Pizza cookie! Half chocolate chip, half peanut butter and the ice cream was ridiculously good. It was like sex without the sex. As dinner came to an end we posed for a Kenparazzi photo: Ken Carr, Michael Lopez, and Anth. I couldn't sit still for the Kenparazzi photo. Must.... have.... pizza.... cookie. (I'm laughing now that I have posted this picture because it looks like I have a boob drooping into the pizza cookie. My boob wanted some Pizza Cookie! Damn my piggy boob!) The visit to Oregano's was awesome. Food was amazing. I suggested they install a drive thru with a speaker but I don't think that's happening. It's ok. It's worth going inside!
Newer Post Older Post Home